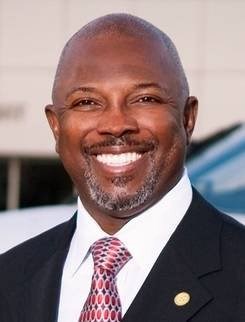 Councilmember Atkins serves as the Chair of Economic Development & Housing Committee, serves on the Mobility Solutions Committee, Infrastructure & Sustainability Committee and the Government Performance & Financial Management Committee. He was nominated by Mayor Michael S. Rawlings, to serve on the Board of Trustees for the Dallas Police & Fire Pension System.

Councilmember Atkins has been an active participant and supporter of several local and national civic organizations, including the Charlie Taylor Foundation and the Southern Methodist University Doak Walker Board, just to name a few. He was elected to serve on the board of National League of Cities in 2013 and was on the Economic Development Policy Committee in 2011.  He served as the secretary of the Texas Association of Black City Council Members (TABCCM).  In 2014, he was nominated by Mayor Michael S. Rawlings to serve as the Co-Chair of the Mayor's Poverty Task Force.  He was also appointed by Mayor Michael S. Rawlings to represent the City of Dallas on the board of the premier transportation policy organization which counts as among its members numerous cities and counties in Texas, Oklahoma and Arkansas – Transportation Excellence for the 21st Century (TEX-21).

Councilman Atkins graduated from Bishop Dunne High School in 1974. He then attended SMU on a four year scholarship and was a part of the first class to graduate from SMU's Cox School of Business.

Councilman Atkins lives in Dallas with his wife Marshella Atkins and has twin sons and five grandchildren.

Thank you for signing up!